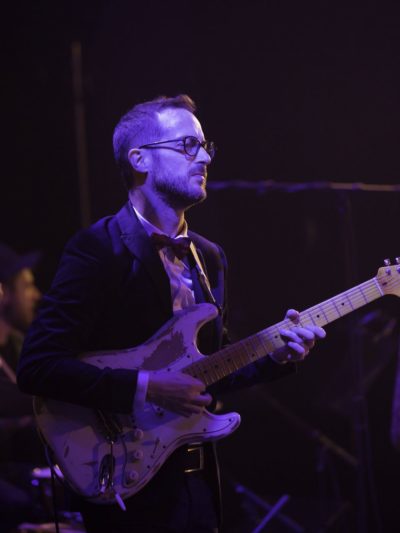 Cissy street blasted into the French jazz-funk scene with their first eponymous album in 2017; brandishing a repertoire of entirely original compositions that they’ve been performing in festivals ever since. Their music explores “the heart of a heady groove that mixes explosive funk, jubilant solos and ear-catching melodies (…)  this is scorching hot music that we’d recommend to all ages, all types of crowds in any season.” (Dragon Jazz)

Released in 2020, their 2nd album “La Tour du Pouvoir” reinforces the band’s original identity whilst paying an obvious tribute to Tower of Power and other forefathers of jazz funk. With its motley crew of featuring artists, illustrious french funk singer as Juan Rozoff or unlikely guests such as the Fabulous Trobadors who play the Black Indians in French, or daringly integrating a Bourrée (French dance) from Auvergne amongst the funktastical grooves, this second record is the result of meetings and a complex mixing between the American filiation of funk and their French roots.

Always very active, they are constantly renewing themselves by regularly proposing new music on the stages they play.